Columbia's WL Series is the nation's most versatile commercial boiler, and is ideal for schools, hospitals, office buildings, apartments, bakeries, greenhouses, laundries and laundromats, health clubs, light industrial structures, and many other applications. The rugged 9 gage thickness watertube and waterleg welded construction eliminates the danger of thermal shock, making the WL a favorite for 100% feedwater make-up applications in humidification and bakeries. Its compact dimensions (34-1/2" through the WL-140; 40-1/2" on the WL-180) permits installation through narrow doors and passageways. Wherever you need steam or hydronic heating, instantaneous clean hot water, or low-pressure steam processing, the WL is the perfect choice. 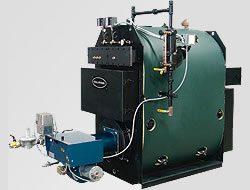 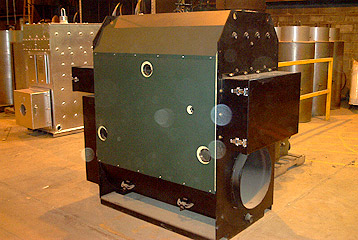